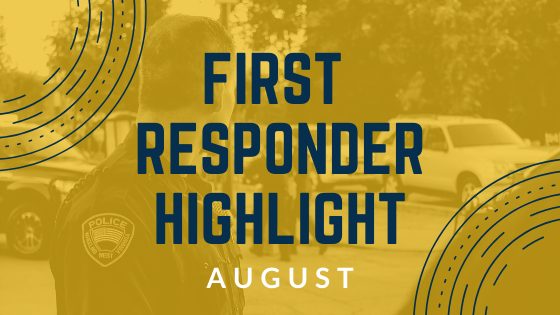 For this month’s department highlight, we’re headed across the nation to the city of brotherly love. Adam K. Thiel is the fire commissioner and director of the Office of Emergency Management for the city of Philadelphia. Thiel leads a 2,900+ member department that averages around 1,000 EMS and fire runs a day. Thiel became 20th commissioner of the Philadelphia Fire Department in May 2016, the first newcomer ever appointed to the job in its storied history. Fun fact: the Philadelphia Fire Department was started by none other than Ben Franklin in 1736. Franklin served as its first–ever chief.

Before his appointment, Thiel served as the Deputy Secretary of Public Safety and Homeland Security for the Commonwealth of Virginia and the Chief of the Alexandria Fire Department. Thiel’s experience includes serving as a chief officer, incident commander, company officer, hazardous materials team leader, paramedic, technical rescuer, structural/wildland firefighter, and rescue diver. He also directly participated in response and recovery efforts for several major disasters, including the 9/11 terrorist attacks, Tropical Storm Gaston, and Hurricane Isabel.

Thiel is a staunch advocate for resources in fire safety. With his budgeting experience, Thiel has been able to promote the need for equipment and man-power within his department. Thiel is also an advocate for 360-degree care for survivors of fires. Thiel believes the care for survivors does not stop once the fire is put out, and the need for social services for these people is great. Thiel also touts the importance of immediacy in prevention initiatives, such as handing out smoke detectors when on scene at a fire when “the window is open”.

Thiel’s 28 years of field experience, values, and skills speak for themselves. He continues to make his mark as the fire chief of the country’s 6th largest city.